Heavy bleeding during regular menses can be caused by endometriosis, fibroid tumors, or cysts. Chronic stress is sometimes considered a contributing factor. Traditional treatments include progesterone therapy or oral contraceptives, which can help stop the bleeding; dilation and curettage (D & C) for diagnostic purposes and to Stop the bleeding; and hysterectomy (removal of the uterus) as a final solution. For anemia (often caused by excessive bleeding), iron supplements are prescribed. 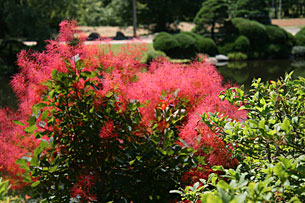 Warning: As prolonged heavy bleeding may involve serious illness, see your gynecologist while trying these complementary treatment methods; also, anemia may occur and must be treated.

Try to stay off your feet and allow gravity to assist in the healing process.

Caution: do not use Dong Quai while experiencing heavy bleeding, for it is a blood mover and may intensify the bleeding unless it is a small part of a larger gynecological formula such as Women’s Transition.

(Traditionally, in both Western and Chinese cultures, the combining of herbs is of superior value than the individual parts. After over thirty years as an herbalist, the synergy of certain herbs became apparent and this understanding has been used to create our own Integral Health Apothecary formulas. We are also listing tradition Chinese herbal tonics which exemplify this synergy.)

Special Note: As most cases of menorrhagia are connected with menopause or peri-menopause, this formula would be very beneficial, however if the cause is endometriosis or ovarian cysts then seek professional guidance.