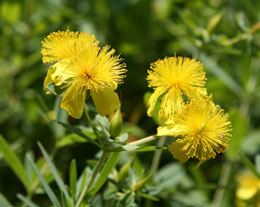 Herbal medicine has been with us since antiquity. Long before there was such a thing as a doctor, people were using herbs for medicinal purposes. And over the years, our ancestors discovered by trial and error, which plants had healing properties and which were poisonous.

Up until this century, most medicines used in the United States were herbal; but when the wonder drugs such as penicillin and steroids were discovered in the 1920’s, the popularity of herbal remedies began to wane. Ironically, during the period that traditional herbal medicine was looked down upon, modern medicine co-opted their use. A very large percentage of pharmaceutical products today are actually derived from herbs.

In countries such as England, France and Germany, they have never lost their usage and popularity. Scientific studies are routinely conducted on herbs in these countries and evidence as to the effectiveness of these plants is not only supported but has been greatly expanded upon recently. In fact herbs and more conventional medicines stand side by side on the pharmacy shelves in Europe, and it is not unusual for doctors to recommend an herbal remedy rather than prescribing a drug for their patients. Scientific and medical technologies are now available to understand and properly evaluate botanical medicines. Now finally, researches equipped with more sophisticated technologies are rediscovering the amazing healing properties of plants. 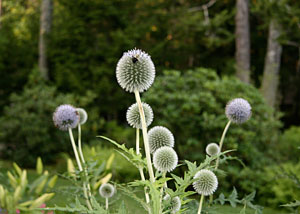 For many people in the world, botanical medicines are the only available source of therapeutic agents available. The World Health Organization estimates that 80 % of the world’s population may rely on herbal medicine for their primary health care needs.

In China as well as in India, they have carried on their herbal traditions for thousands of years, with a wealth of both scientific as well as practical knowledge. The ancient herbal literature date back thousands of years and still exists today and so much can be learned from these ancient texts. The traditional use of herbs in Europe has only been passed down through word of mouth, for much of the rich heritage of herbs have been lost through the ‘burning times’, with the systematic burning of not only herbal treatises, but the execution of millions of herbalists as ‘witches’.

Herbal medicine is by itself a powerful method of healing. Western drugs are usually used to control symptoms but do not alter the disease process. For example: antibiotics kill bacteria but do not improve a person’s resistance to infection; diuretics drain excess fluid from the body but do not improve the kidney function. Chinese herbs can also rid the body of disease but they also nourish and balance the body in very specific ways, thereby improving organ function and building up a person’s constitution and immune system.