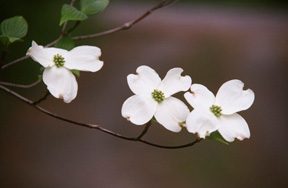 We welcome spring, rejoicing in the longer days and the vision of growth and rebirth after the depth and introspection we experienced in winter. The seeds planted last autumn that have germinated over the winter become buds beginning to break through the frozen earth, and signs of renewal and hope start to stir within us; the seeds of change that we planted within ourselves now push through with the new energy we feel. A sense of renewal gives us the vision and inspiration to bring our goals and creative energy to fruition.

In the West, spring officially begins on March 21st, when the days and nights are exactly the same—the spring equinox. The Chinese feel that, energetically, spring begins with the Chinese New Year, in February, when the light begins its return, and the dormant forces under the frozen ground are called to life again. In both systems the basic energy remains the same: new beginnings and a fresh start.

As beautiful and welcome as spring is, in these early months of spring, clients come to me experiencing intense feelings of irritability, often accompanied with anxiety and depression. Statements like “Everyone else seems so happy, yet I feel jumpy and frustrated; something is wrong with me!” are common. Statistically the suicide rate in spring is the highest of all the seasons (with the exception of the week between Christmas and New Year). 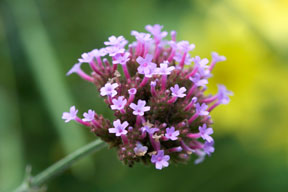 I explain to my clients that these are normal feelings to have, as the pressure of energy builds up within them. I use the metaphor of what Traditional Chinese Medicine might say about the large willow tree I see from my office window. Traditional Chinese Medicine explains that, in early spring, as the virgin green color fills the branches and the tree fills with the sap of life, the tree feels its potential rising up within it, along with a profound sense of being pent-up. It feels, as we feel, this pressure gradually building within, but does not yet know what it is or how it will appear; for only when its leaves burst out in the latter months of spring will its manifestation become apparent. So with us, the rising sap is experienced both as joy as well as anger and impatience; but trusting that this will soon find resolution can be helpful. As a Zen koan says: “Sitting quietly, doing nothing, spring comes and the grass grows by itself.”

Sitting quietly is basically contrary to Western cultural patterns. Western culture reveres the qualities associated with the element of Wood: vision, leadership, and the ability to take control; we tend to pride ourselves on competition, and we like to “win.” An imbalance in Wood, however, can lead to impatience and either self-criticism or criticism of others.

Apropos, a joke comes to mind: a man goes to the doctor with symptoms of the flu. After examining the patient, the doctor agrees that he indeed has the flu and should rest, drink plenty of liquids, and consume extra vitamin C. The man insists, “But doctor, I donʼt have time for all that; give me something to get rid of the flu!” The doctor then advises him to take a cold shower, wrap a towel around himself, and run around the block three times. “But Iʼll get pneumonia if I do that,” says the man. The doctor replies, “Yes, but for that I can give you a pill.” 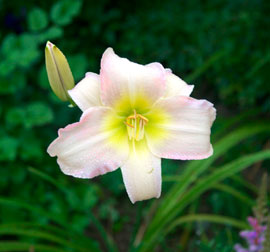 The power of Wood is gentle, persistent, and filled with creative potential. It has the power of both being and becoming—of being true to your own nature and becoming more yourself by clearly expressing your inner needs and desires. Wood gently penetrates the earth to bring forth water, the source of all life.  Drawing from our roots, we find the energy to push forward with strength and firmness of purpose, always remaining supple, yielding, and true to our nature.

The emotion associated with the element of Wood is anger. In its balanced state, anger can be a healthy emotion, for it can be understood as a natural reaction to stress, frustration, or injustice. When expressed with careful control, anger acts like a thunderstorm that clears the air; controlled anger can dispel tension and restore balance. An imbalance in Wood, however, often has the quality of out-of-control anger, and results either in excess or depletion. An excess, or pent-up quality of Wood, expresses itself as “quick to anger,” prone to volatile outbursts, irritability, and the tendency to judge others too quickly or harshly. The converse, deficient Wood, often expresses itself as difficulty dealing with anger at all. Swallowing your anger, you become anxious, irritable, and tend to blame yourself when things go wrong. 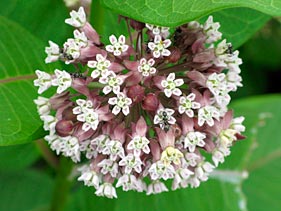 The Liver is the body’s largest organ; it is the body’s master laboratory, in which nourishment for the entire body is stored and distributed. The Liver has hundreds of essential functions, including the formation of blood and the cleansing and filtering of blood to help the body eliminate toxins and ensure its continued vitality. In Traditional Chinese Medicine the functions of the Liver go far beyond its purely physiological function and embrace emotional and spiritual qualities as well.

The Liver is said to be like a general who leads an army and excels at strategic planning. It is the role of the Liver to make sure that all the body’s troops are working together for the benefit of the whole. Its main role is to keep everything flowing and thereby avoid stagnation and friction. It is said in Chinese medicine that the Liver rules “flowing and spreading,” which means that the Liver is responsible for keeping the free and easy flow of blood, energy, and emotions throughout the body, mind, and spirit. The element of Wood abhors stagnation and inertia, which is associated with all forms of disease. Just as a mountain stream is safe to drink from if it is flowing freely, so stagnant pools of water create a breeding ground for bacteria and pathogens.

The Gallbladder is a small organ that stores and intensifies the bile that was created in the Liver, and pumps it into the body and bowel as needed. In Traditional Chinese Medicine, the Gallbladder has the role of the Wise Decision Maker, which “occupies the position of an important and upright official who excels through his decisions and judgment.” The Gallbladder helps to utilize the Liverʼs vision and make the proper judgments and decisions to bring those visions to fruition. At times, in my practice, when clients come in after having had their gallbladder removed (although the energetic function remains), when asked about decision-making, they often smile discreetly and confess to having more difficulty making decisions.

The Wood Element: The Chart of Correspondences

Below is a table summarizing the basic correspondences associated in Traditional Chinese Medicine with the Wood element.

The Wood element’s climate is windy; its direction is East (“Beginning and creation arise in the East”); and its power is experienced most intensely between 11:00 pm and 3:00 am.

The color associated with Wood is green; its odor is rancid; and its sound is shouting. As the Liver opens to the eyes and gives us vision, both inner as well as outer, visual problems frequently are connected to Liver imbalances.

The Liver also rules the muscles and tendons, which connect imbalances to all manner of disorders involving muscles, ligaments, and tendons—bursitis, tendinitis, arthritis, and fibromyalgia.

Problems Associated With Imbalances in the Wood Element

How to Keep Healthy and Joyful During Spring