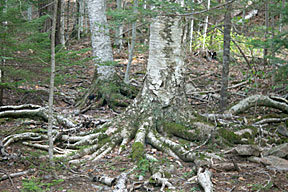 In the Chinese cycles of the seasons and the elements, Earth is often referred to as Indian Summer, or ‘late summer’, which is considered a time for slowing down and gathering in. A time to stop and observe the abundance we’ve created in our lives, and in our harvest. It is a time to prepare in order to move forward again in our lives, but with awareness.

In this gap, which we call Earth, we take the time to reflect where we are and stop the wheels of our ‘doings’ and temporarily ‘be’.

In order to live more fully we must consume the Earth, it’s vegetables, its animals, its water, for what we consume becomes who we are! The process of procuring, absorbing and converting the food into our body, is what the Earth element represents.

Earth is stability! The secure place to connect with mother earth, as she comforts us through our transitions, giving us a center. When we find this center, we can see what we need, what we are lacking and ask to receive, for only when we acknowledge our own needs can we be sensitive to others needs and learn the lesson that Earth offers— to be of service.

The earth, revolving around its axis relates to the cycles in nature and is central to all the other elements. In Chinese medical theory, all the other elements refer to the four seasons, the four directions, with Earth as the pivot points. I like to think of Earth using the metaphor of a four speed gear box, with each gear representing a particular element, but earth is neutral. In order to get to any gear one has to go through neutral, and obviously from neutral all directions become available. In this way we can see Earth not only as late summer, but also late autumn, late winter etc. It is that period where it is no longer one season, and not yet another. In a daily elemental pattern, earth can be seen as twilight and dawn, no longer day but not yet evening.

I am reminded of a wonderful Zen teaching story:

The Zen master Hakuin was praised by his neighbors as one living a pure life. A beautiful Japanese girl whose parents owned a food store lived near him. Suddenly without any warning, her parents discovered that she was with child. This made her parents angry. She would not confess who the man was, but after much harassment at last named Hakuin.

In great anger the parents went to the master. “Is that so?” was all he would say. After the child was born it was brought to Hakuin. By this time he had lost his reputation, which did not trouble him, but took very good care of the child. He obtained milk from the neighbors and everything else the little one needed. A year later the girl-mother could stand it no longer. She told her parents the truth- that the real father of the child was a young man who worked in the fish market.

The mother and father of the girl at once went to Hakuin to ask his forgiveness, to apologize at length, and to get the child back again. Hakuin was willing. In yielding the child, all he said was: “Is that so?” (from Stories of the Spirit, p 390) 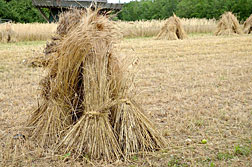 The emotion associated with Earth is sympathy and worry. When balanced, the Earth reflects itself in the ability to be ‘empathic’, to our own needs as well as others. If someone is in pain, a healthy Earth response would be to support the other, but not lose themselves in the process. This I call ‘empathy’, but when we lose ourselves in the other and take on their pain, ‘sympathy’, this reflects an imbalance in Earth. When out of balance Earth becomes consumed with worry and often obsessive compulsive thinking. The alternative imbalance is the incapacity for empathy, aloofness and the inability to connect.

This function supports digestion and assimilation. The Spleen official is said to be responsible for transforming our food into chi (energy) and blood, extracting the essence from our food, and eliminating the waste. In Western terms we see that blood sugar metabolism is mediated by Spleen/Pancras functions. Of course Chinese theory encompasses the ability to absorb and take in spiritual essence as well.

The primary function of the Stomach official is to ‘rot and ripen’. The mouth breaks down the food with saliva, and this breakdown continues into the stomach. Here in the stomach the food is broken down into small bits where the energy can be extracted and transformed into self. Hence the stomach transforms the food where it is sent to it’s yin counterpart, the Spleen, where it can distribute this essence to all parts of the bodymind.

SYMPTOMS ASSOCIATED WITH IMBALANCE IN EARTH

The Earth Element: the Chart of Correspondences:

HOW TO STAY HEALTHY AND HAPPY IN THE INTERVALS